Protected furnaoses serve as useful platforms upon which to investigate the intra- and inter-molecular chemistry of an attached carbenoid species. MS students in the group have shown that chemistry is quite useful for the synthesis of optically active ethers and bicyclic furans. 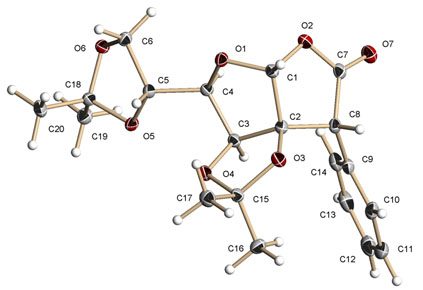 Following an unexpected discovery in a chiral furanose-based system, suitably substituted azide-diazo precursors are being studied as a general route to various nitrogen heterocycles. Metal-catalyzed diazo decomposition should give access to medium-sized heterocycles 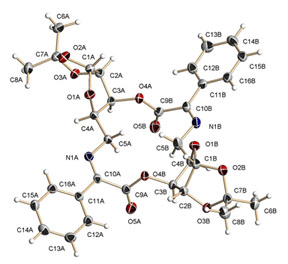 As part of our interest in the use of azides and diazo compounds we have developed several novel methods for azide synthesis. Arylsulfonyl azides are safe alternatives to current protocols and we have studied their use in the parallel synthesis of alkyl azides. 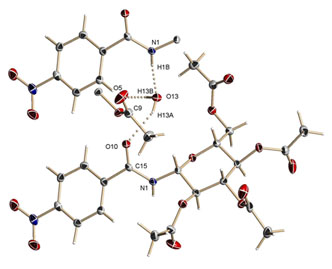